A two-vehicle collision occurred near the intersection of Highway 5 and Petunia Road in Camden County on the morning of Wednesday, December 23rd. At approximately 11:40 a.m. that day, a 1989 Cadillac El Dorado allegedly rear-ended a 2002 Oldsmobile Bravada. The Oldsmobile was attempting to turn left just north of Petunia Road when it was struck from behind by the El Dorado. The driver of the El Dorado, an 87-year-old man from Roach, sustained serious injuries during the incident and was transported from the scene by local emergency medical services to Lake Regional Hospital in Osage Beach. According to reports issued by the Missouri State Highway Patrol, no other injuries resulted. 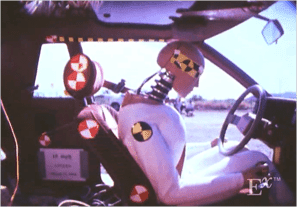 The National Safety Council has collected and analyzed data indicating that more than 2.5 million rear-end collisions occur in the U.S. each year. Rear-end collisions are the most common type of collision, and whiplash frequently results for the victims involved in them.

Additional information regarding collision statistics and prevention, as well as injury accident representation by the law offices of Price & Randle, can be found at the following website: