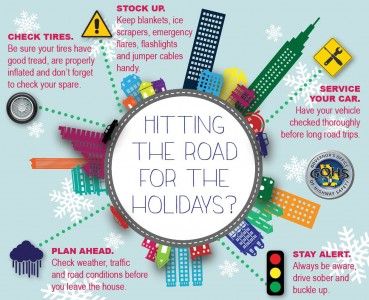 A three-vehicle collision occurred near the intersection of Highway 5 and Old South 5 in Camden County on the morning of Wednesday, December 23rd. At approximately 6:35 a.m. that day, a 1985 Honda Accord was attempting to turn left into a parking lot from the northbound lanes of Old South 5 about half a mile from Highway 5 when a 2004 Ford F-150 struck it from behind. Following the initial collision, the F-150 was pushed into the southbound lane of Old South 5, causing it to strike an oncoming 2005 Ford Taurus. The driver at the front of the chain of vehicles, a 59-year-old male from Stoutland, was not wearing a seat belt and was injured in the collision. The Missouri State Highway Patrol reports that the other two drivers, a 52-year-old female from Linn Creek and a 47-year-old male from Camdenton, were both buckled up and sustained no injuries.

As Lake Area residents and visitors navigate the roadways throughout the holiday season, taking all possible safety precautions is imperative to reducing the risk of injury. The most effective measure that can be taken is to wear a seat belt. Those who are buckled up during accidents are 42 times less likely to be killed than those who are not buckled, according to the Missouri State Highway Patrol. 63% of the Missourians killed in traffic accidents in 2014 were not wearing seat belts.