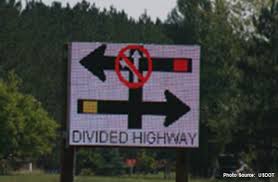 One person was injured in a collision that occurred on Highway 179 in Jefferson City on the evening of Thursday, December 9th. Just after 9:00 p.m., a 50-year-old man driving a 1999 Chevrolet pickup truck attempted to cross Highway 179 on Christy Drive. A second driver, a 46-year-old woman who was operating a 2009 Chevrolet Tahoe, was traveling west on Highway 179 when her vehicle collided with the pickup truck. The truck careened off of the roadway to the right and struck a traffic sign that was affixed to the shoulder of the road; the driver sustained minor injuries and was transported by ambulance to St. Mary’s Hospital in Jefferson City. The other driver was reportedly uninjured, and no other vehicles or persons were involved in the incident.

Collisions at intersections, especially un-signalized intersections, occur frequently. In fact, research indicates that one accident occurs at an intersection approximately every twelve seconds in the U.S. Additionally, accidents that occur at intersections comprise as much of 20% of all traffic accidents. A variety of factors can play a role in increasing the potential for danger at intersections, including inattention, a lack of clear communication between drivers, and ambiguous road signs.

Adhering to the following guidelines can be helpful in preventing collisions at or near intersections: