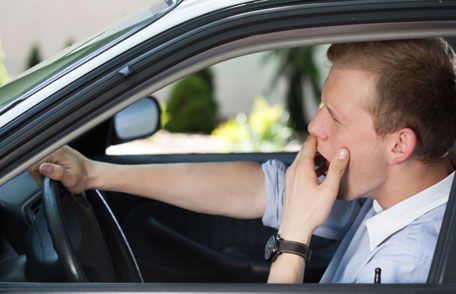 Two people were injured on Sunday, November 29th, in Maries County after a driver nodded off at the wheel. A 25-year-old woman was driving a 2002 Ford Taurus in the westbound lanes of Highway 42 near Belle early Sunday morning when she veered off of the road and struck a tree. Following an investigation by the Missouri State Highway Patrol, it was determined that she had fallen asleep while operating the vehicle, which caused a temporary loss of control. The driver and one passenger, a nine-year-old female, both sustained minor injuries and were transported by ambulance to Phelps County Regional Medical Center in Rolla. According to MSHP accident reports, no other vehicles were involved.

The National Highway Traffic Safety Administration estimates that 100,000 motor vehicle accidents and 71,000 related injuries each year can be attributed directly to driver fatigue. Due to unreliable measuring and reporting methods for drowsy driving, though, the NHTSA believes the actual figures could be significantly higher.

Certain populations are more likely than others to experience accidents that result from being fatigued, with men between the ages of eighteen and twenty-nine and shift workers topping the list. Male drivers are almost twice as likely to fall asleep while behind the wheel as female drivers, and nightshift workers are significantly more likely to drive to and from their jobs while drowsy at least a few times per month than people who maintain regular daytime hours. The less sleep a driver gets, the greater the risk of accident. Research indicates that staying awake for eighteen hours or more can cause driving impairment comparable to having a blood alcohol content of .05; after twenty-four hours with no sleep, the impairment can be comparable to having a BAC of .10.